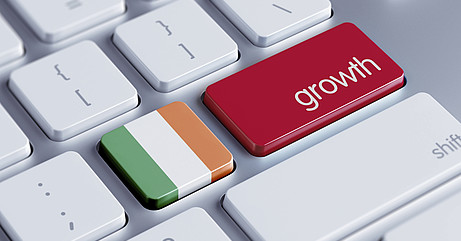 Irish economy back on track!

The pace of GDP growth in Ireland reached 7% in 2018, placing it ahead of Britain’s 2.4% and Germany’s 1.5%, the European commission said in its winter forecast. The commission said the strong rate of expansion will continue into 2019/20 when the GDP measure of economic activity, which includes Ireland’s multinational sector, will grow by at least 3.5%.

Irish consumers have already renewed their appetite for spending, according to the latest KBC Bank Ireland/ESRI Consumer Sentiment Index, which hit a nine-year high at the start of 2018. The survey’s compilers said rising property prices, low to negative inflation and recent tax cuts had probably lifted confidence, good news for jobseekers in Ireland this year!